Photo Voltaic Solar Panels are made from thin wafers of silica, the second most abundant material in the world. Each wafer of silica "Cell" produces 0.6V of electrical energy by turning photons (Light particles) into usable electrical energy. Just ten of these cells connected in series are enough to charge a cellphone, without any environmental damage.

South Africa is one of the sunniest countries in the world, taking advantage of this is definitely in our best interest. 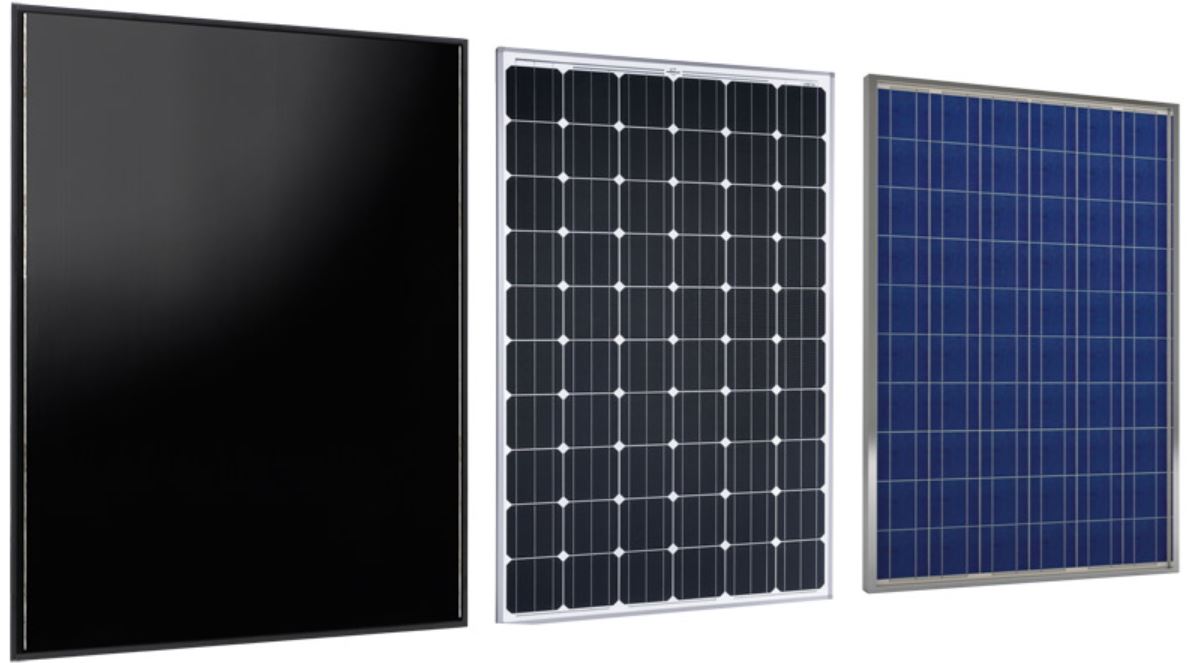 Monocrystalline panels are a much darker, deeper blue colour with a less crystal looking wafer. This is due to how they are manufactured. Silica arrives at the manufacturing plant in what is best described looking like coal, or concrete mix sized stones. On Monocrystalline panels, these silica stones are melted down at very high temperature, mixed and cast into a cylindrical shape, then allowed to cool. Once they have cooled, they are cut into the wafers you see on the solar panels face. You will also notice that monocrystalline panels have little white diamond shaped covers between cells. This is to hide the rounded corner of the cell. In the early years of making solar panels, the cells were actually left round. This was quickly improved due to wasted space on the panel face, making panels more efficient has been the focus of scientists since the discovery of solar energy. 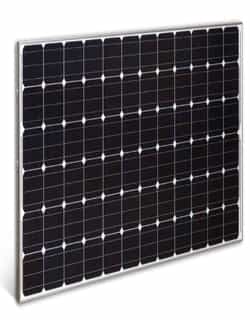 Polycrystalline panels are a much lighter blue with a distinct crystal look. This is also due to how they are manufactured. Polycrystalline panels are made entirely differently, mostly to bring down manufacturing costs. Silica stones are placed in a sizable bed and melted down to form a large block of silica crystal. They are not mixed into one another but rather allowed to settle into one another while melting down. This block od silica takes almost three days to cool down after being heated for twenty hours. Once the block of silica has cooled down, it is cut into the square shape wafers we can see on the panel face. They are not covered on the corners like the monocrystalline version. They do however crystalize more while cooling down which is visible in the wafer.

Solar panels are not generally placed in plain sight, they are usually seen from a distance. Polycrystalline is South Africa's best-selling solar panel due its cheaper price and competitive performance. Roof space is not usually that much of a restriction. In cases where panels are visible, roof space is limited or heat is excessive, monocrystalline panels will be ideal. 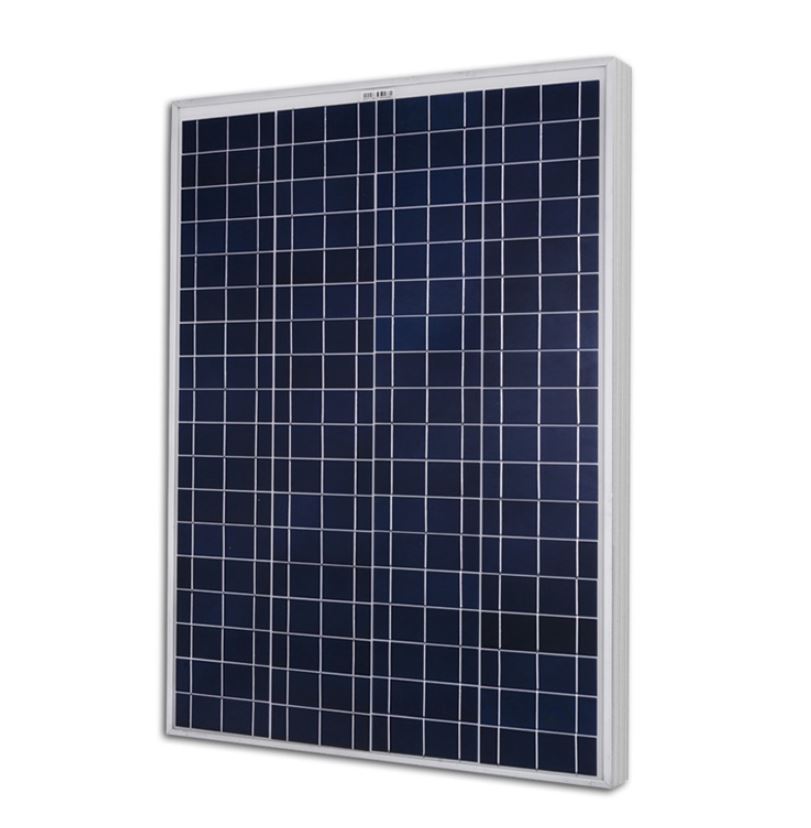 Solar panels are available in very many different sizes and wattages. Choosing the right size panel may be more important than you may think. Although the polycrystalline 275w panel is currently the cheapest panel available, roof dimensions, security, replacement value will need to be considered.

An array of smaller panels offers its own advantages. They fit neatly on odd shaped rooves, they are cheaper per panel to replace if they are somehow damaged and they can stack up to a higher voltage to allow for less voltage drop over distance. Larger panels come in very useful in lower security areas. A 440w panel takes four people to erect or remove, this makes it very unlikely to be stolen as they cannot be easily removed or transported. They also require less bracketing and wiring which can be quite costly. 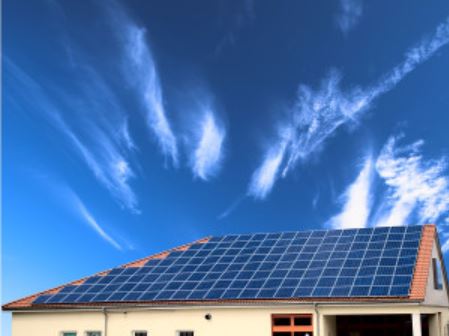 Rule of thumb states that countries in the southern hemisphere face solar panels due North at a pitch of 30 degrees. This is generally correct. However, depending on the time of day power the most power is required, we have found that facing a certain number of panels more Easterly or Westerly proves quite fruitful for commercial industry. North facing solar panels produce the most amount of energy between 10am and 3pm which is great for residential use and charging of batteries, factories and offices that begin running heavy machinery at 7am are better served by having a number of panels facing the morning sun or facing the afternoon sun for companies that work later hours. Roof space may not always be enough to achieve this. Solar tracking systems quickly optimize the most efficient use of daylight hours. 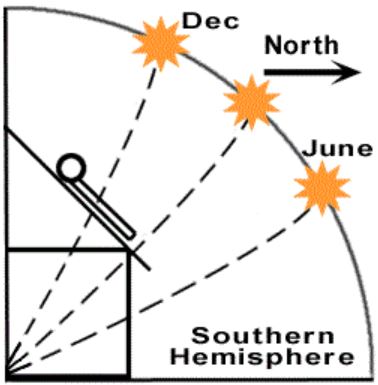