Let us explain the different inverters and their uses.

This type of inverter is often used for camping trips or in a mobile office. It simply comprises of an inverter which changes battery DC (Direct Current) into AC (Alternating Current) which is used by most modern home/office appliances. For camping purposes, one would connect the inverter to a car battery to supply lighting or entertainment for a short period of time. This battery will need charging every so often by means of starting the vehicle which the battery is attached to or connecting it up to a charge-controller which charges the battery with a small solar panel. These inverters come in all shapes and sizes, the correct size and sine-wave will need to be selected for different intended operations of the inverter. For further detail on sine-waves, please click here! 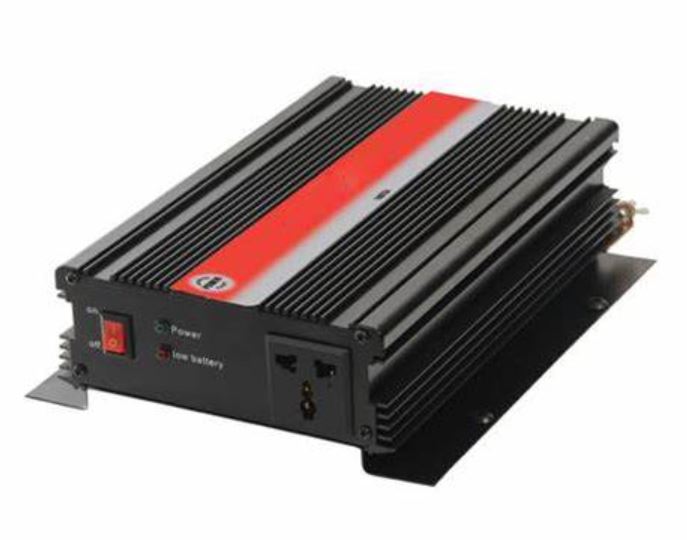 A UPS is not far removed from a simple inverter. It however is rather intended for Home, Office or commercial use. The UPS's main purpose is to keep a steady power flow to electronic devices. In many countries, power supply is unstable or inconsistent. There are mainly two different types of UPS. Switch-over type and Double conversion type. Both types are comprised of the same innards but use them differently. A UPS consists of an inverter, battery charger, surge protection and control circuitry. In the case of a Switch-over type UPS, The UPS does not supply power directly to appliances. It rather supplies power directly from the mains feed until the power is either lost or becomes erratic. In which case it will switch to the inverter to supply power from the batteries. This happens within a few milliseconds. The switch over time is so short that appliances do not switch off or reset. When the mains power returns or becomes stable again, the UPS will switch back to supplying the load with mains power. It will also switch on the charger to recharge the batteries. It does not permanently charge the batteries; it will charge them until they are full then switch the charger off again. The control circuitry will inspect the battery level every so often and offer a trickle charge to keep them topped up and healthy. The surge protection will also prevent damage to the appliances that might be caused by power spikes, High/Low voltage or short circuits.

Double-Conversion type UPS's consists of very similar parts but operates very differently. It is mostly used on very sensitive electronics like medical equipment, Drafting printers etc. This UPS type supplies power to appliances through the inverter at all times, keeping a steady well managed sine-wave and voltage. The batteries are in turn charged constantly at the rate at which the power is being used. When mains power is lost or becomes inconsistent, the UPS simply stops charging the batteries. At this point, the batteries are fully charged and will carry on supplying the inverter with power until mains power is restored. The UPS houses a more powerful charger than its inverter so it can fully charge the batteries in a short period of time, even under full load.

UPS systems do not generally like generator power as a form of input power as the power a generator produces is considered dirty and inconsistent. There are however ways around this if the situation requires emergency charging. The generator can supply an external battery charger which can deliver charge to the batteries which the UPS will use. 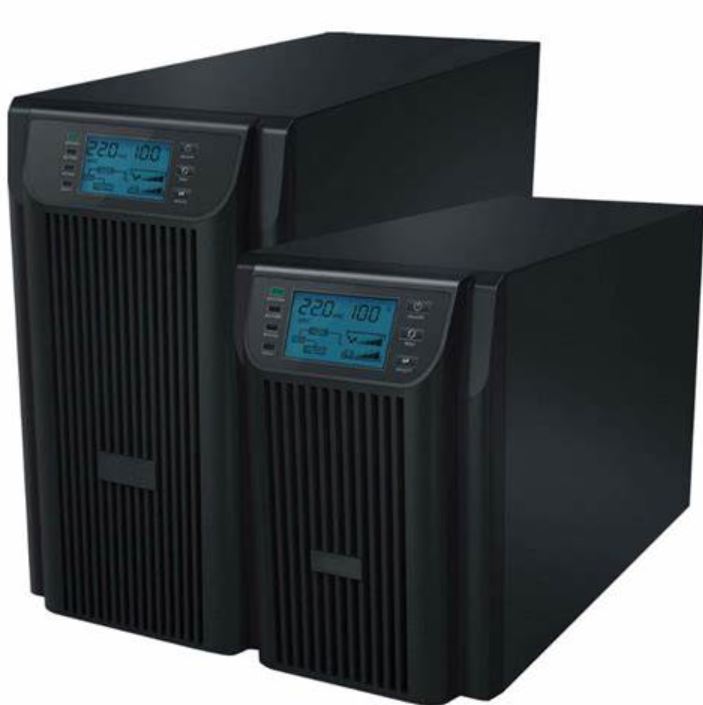 Grid-Tie inverters are specifically designed to use solar energy to save you money on your power bill by substituting the power required by the load. Solar panels produce DC (Direct Current) energy, the same energy type stored in batteries. A grid tied inverter will take the DC power supplied by the PV (Photo voltaic) panels and transform it into AC (Alternating Current). The grid tied inverter will then copy the sine-wave that the mains is delivering and supply the PV power in parallel to the mains power.

Example: If you have a load of 2000w (watts) and you have 1000w of PV Panels with a 1000w grid tied inverter, you will then be using 1000w of PV power and 1000w from your mains supply. These systems are however not a form of backup-power. In the case of mains power being lost (power failure), the grid tie inverter has no sine wave to copy in order to help with the load. It then by law, switches off to prevent the risk of someone working on the power line from being electrocuted. These systems can however be used in conjunction with a backup system to help with larger loads during daylight hours to allow for the use of a smaller backup system. 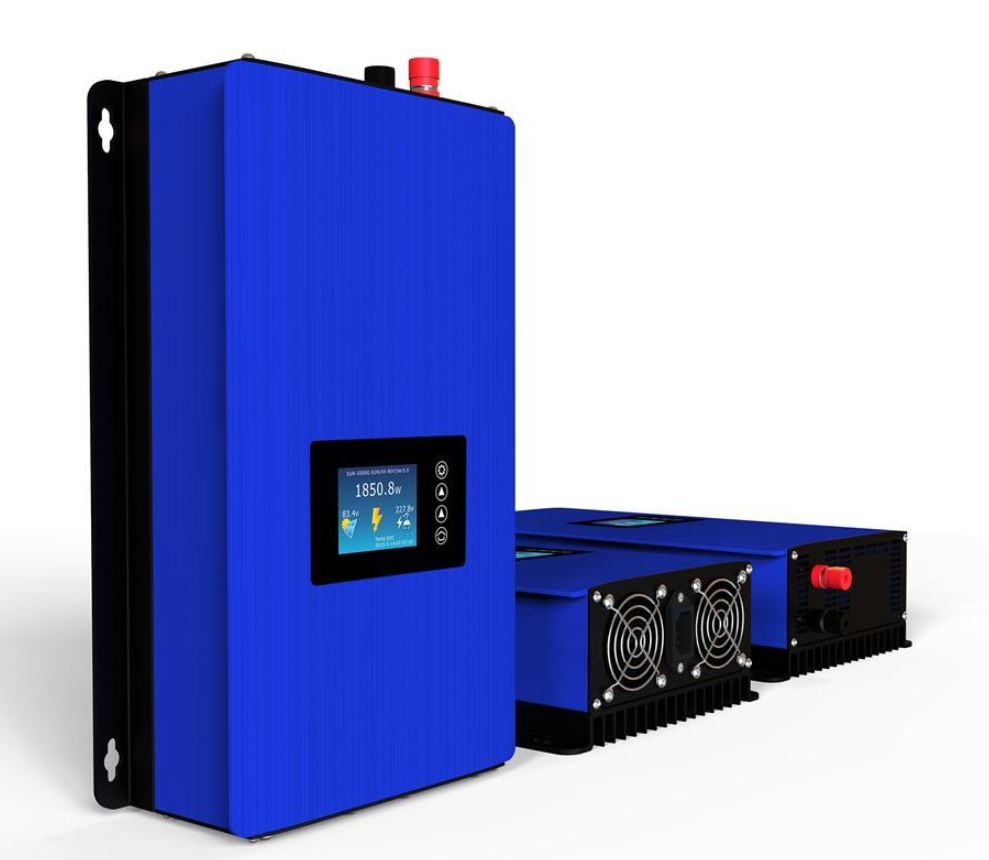 Off-Grid inverters are designed to be robust, durable and as efficient as possible as they are used daily under strenuous conditions. These inverters do have the option of using grid or generator power as alternative backup during severe cases. The main characteristic of an Off-Grid inverter is that it has direct PV input and is capable of managing "Solar", "Battery" and "Utility" (Mains or Generator) individually. These units are highly settable to adapt to the requirement.

Off-Grid units do not have to be fully off grid, these units can substitute power like a grid tie inverter as well as act as a backup power system. These are the perfect solution for people looking to start on a smaller budget and grow the system as they can afford it. A lot of these units can be linked to one another to produce more power, 3 phase power and/or both! The three inputs on these units can be set up to provide the best use of power for your needs.

Example (Backup power): The unit can be set to "UBS" (Utility-Battery-Solar). In the case of a beginner who is tired of blackouts but doesn't yet have the money to go off grid, this unit can be installed without solar panels as a backup power source. Using mains first and battery as an alternative when the mains fail, much like a simple UPS. PV Panels can be added at a later stage to help feed power and save on monthly power bills, in turn, paying for itself over the long run.

Example (money saver): If you do not have the money yet to go off-grid, the unit can be installed with a minimal number of panels and set to "Solar"-"Utility"-"Battery". In this case, the PV panels will feed as much of the load as they can, being assisted by Utility. If the utility (Mains) fail, the system still acts as a power backup solution, supplying solar first and being assisted by the batteries.

Example (Off-Grid): This is what we would all like to achieve. The power being supplied in this method is cheaper than Eskom and city power, more reliable and cleaner! In this case the inverters are set to "SBU" (Solar-Battery-Utility) in which case the utility can be a backup generator used in case of prolonged rain or snow. The inverter delivers the entire load through PV solar power during daytime hours as well as charges the batteries for the evening hours. If the load becomes too excessive for the solar array, the batteries will assist for the necessary period of time then simply continue charging. 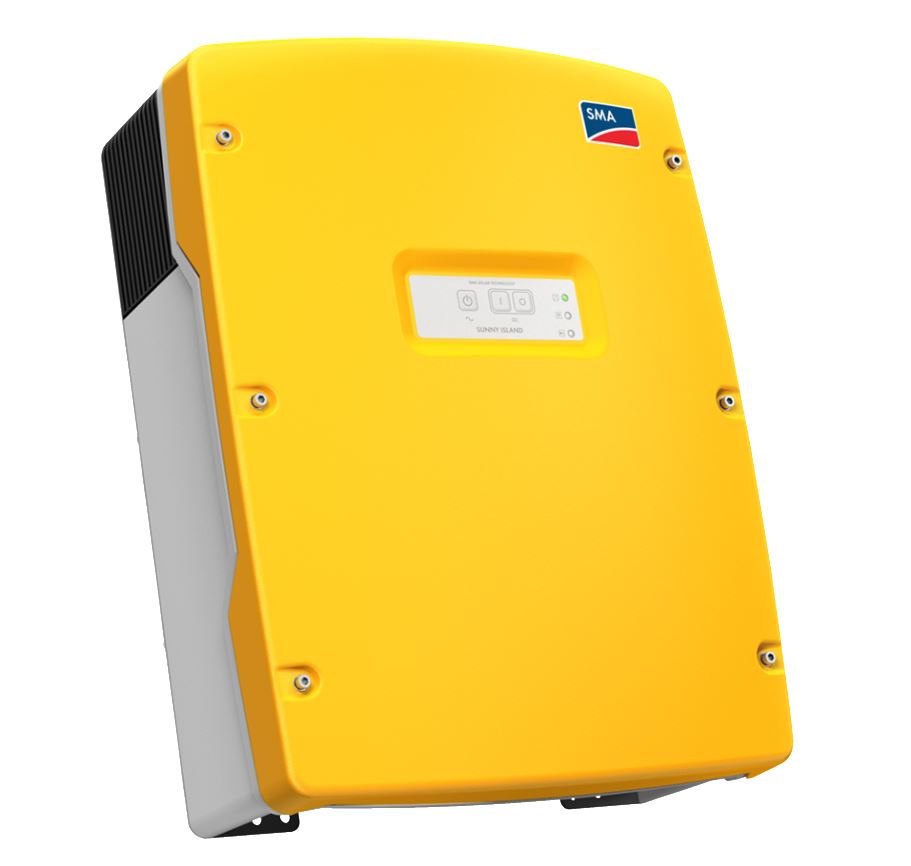 Example (Camping): A small inverter connected to a battery can supply power all day long as well as charge a battery array for evening use. The charge controller and PV Panel size would need to be calculated to ensure you are suppling enough power to handle the load as well as charge the battery.

Example (UPS): The same basic function can be used in your home or office by charging the battery of your UPS with the charge controller during the day and running on battery power at night. You will have the added benefit of being able to charge the batteries with mains power if you run out of battery power. A large enough charge controller, PV array and battery bank are suggested here though as cycling your batteries that deeply daily will cause them to sulphate quickly and shorten their life span. See "Battery DOD (Depth of discharge). 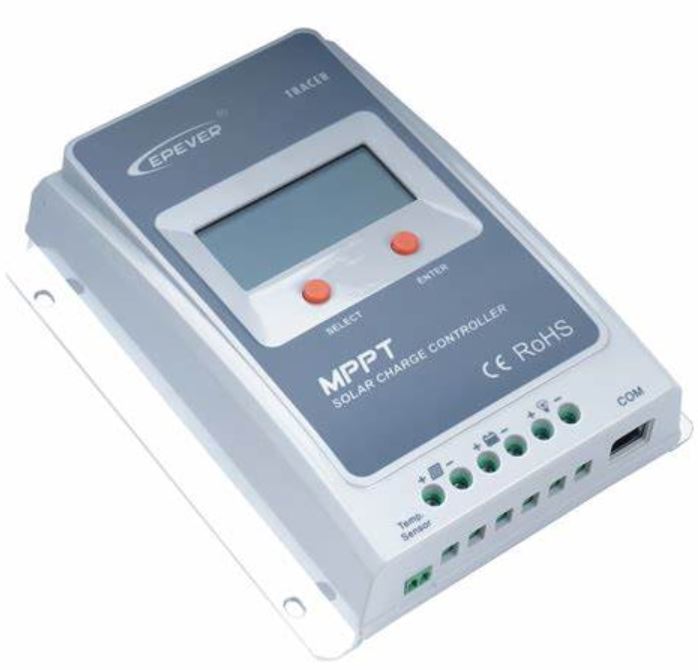 ALL inverters will only handle their specified power rating, whether they are working in battery mode or delivering mains power! This is because the internal workings of the unit are made up of a certain size component, the surge protection is rated at a specific wattage and the cooling system is designed to handle a certain amount of heat produced by the load. Most inverters offer up to between 3x-6x the load for a few seconds to allow for inductive load start-up. If the load carries on being too much after the given time the inverter will switch the load off until it becomes manageable.

A lot of clients ask "Can I not use a smaller unit? When the power goes out, I will only use certain lights and plugs...". Sadly, the answer is no, you cannot as you will still be using the same load while there is mains power. 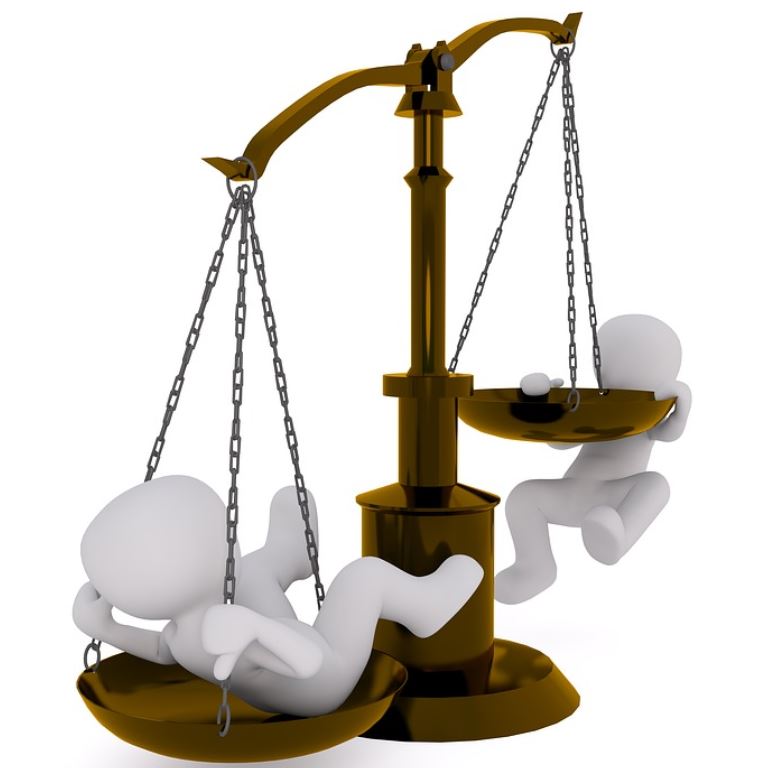